The creation of the “Euskal Dantzarien Biltzarra (Confederacy of Basque Dancers) has its origin in the spectacles organized by numerous group of dance that proliferated in the decade of the 50. Normally it took part a group from each province. GOIZALDI was in many occasions the representative of Gipuzkoa. Dindirri (Bizkaia) , Oldarra (North Basque Country), Iruñeako Udala – Duguna (Nafarroa)…. they were other of the groups. These spectacles of dance, calls “Zazpi Probintziak” (the seven provinces) took place in the bullring of Iruña and Donostia, the pelota court Euskalduna of Bilbo.. This type of parties have continued to nowadays.

Returning to the decade of the 60 the groups multiplied, especially in the urban environment. Taking as example the groups before mentioned, they were created numerous groups in all Basque Country. All it caused the proliferation of large parades, as for example the organized by the society Oargi of Deva, that in that epoch had great repercussion. During the Franco regime these parties, that gathered at more than 2.000 dancers, they had like objective the potenciation of the basque culture.

The parties of Zazpi Probintziak and the Euskal Jaiak helped to tighten the relations among the distinct groups of the Basque Country. Of that relation the idea of the creation of the Euskal Dantzarien Biltzarra (EDB) arose. After trying its creation in the south of Basque Country (under the Spanish government), and in front of the negative of the Francoist administration, it was decided to do it in Iparralde (North Basque Country, under French government) in the year 1965. March 11, that year appeared published in the French Official Bulletin. In the stadium Aguilera of Biarritz took place the first “Dantzari Eguna” (Day of the Dancers) with the participation of more than 2.000 dancers. 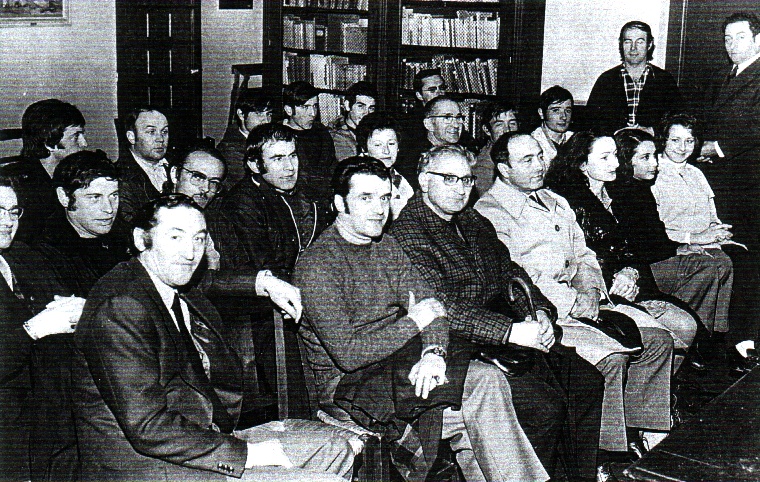 GOIZALDI has taken active part since the starts of the EDB. Example of it are the innumerable training courses given to groups of Gipuzkoa and groups of the remainder Basque Country.