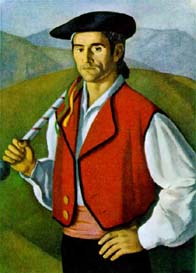 Iztueta was pioneer of the folklorists, when the word folklore yet had not been invented. In 1824 it wrote the book “Guipuzcoaco dantza gogoangarrien condairak” (Histories of the famous dances of Gipuzkoa), in which 36 dances are collected describing their corresponding histories and the way they were danced.

Of its hands numerous groups arose since was dedicated to teach the dances from town to town. Aside from being dancer, was also writer. He is considered the first secular writer of the XIX century that wrote in basque upon profane themes. Iztueta had a very agitated life.

Married three times, had eleven children, leaving abandoned another son. Due to its ideas was imprisoned by the Inquisition. Being in the jail of Logroño wrote its famous poetry to Kontxesi, its second wife.

Born in Zaldibia June 29, he lived the dance since young. Near its house was found that of Iztueta. After seeing how did Iztueta teach to dance in front of its house, the young Olano inmediately was fond of the dance. Student of Iztueta, after its death in 1845 Olano itself made responsable of the teaching of the dances of the Goierri. Primarily as director of the group of dance of Zaldibia.

They as reflect the documents of the epoch, the group of Olano was used to dancing in the eve of San Juan, the Day of the Corpus and in the parties of Holy Faith. Later it formed in Ordizia the first school of dance that is known. In those times the group of Olano already was known in all the Basque Country. According to the history, to dance in the San Fermines of 1856, Olano with his group of dancers carried out the way on foot crossing the mountain range of Aralar. After a day of march they arrived at Pamplona and they carried out their performance as if nothing had occurred.

In 1882 because of the parties of Holy Isabel in Zumarraga, Olano was invited to dance the ‘Gizon Dantza’ in the hermitage of ‘Santa Maria la Antigua’. Once finalized the dance was not felt very well and had itself to put to bed when arrived at house. Nine days later, July 11 died Jose Antonio Olano. 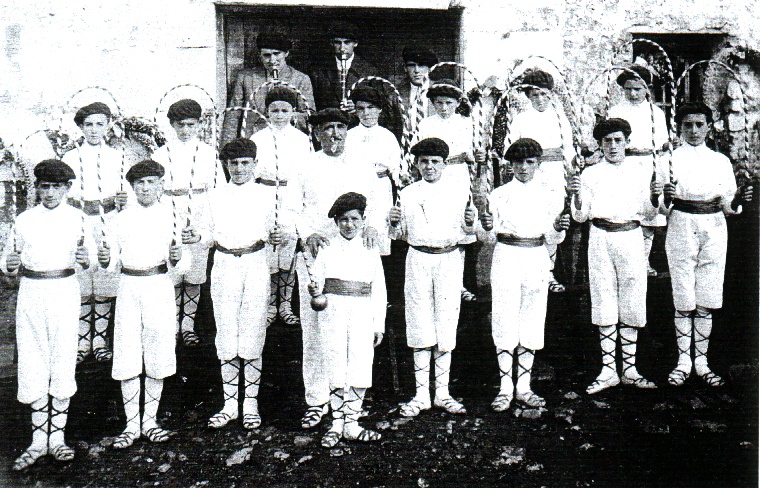 With five years began Jose Lorenzo Pujana to attend the school of dance that had Olano in Ordizia. Of small corpulence showed large abilities for the dance.Its first action with the group of Olano carried out in the parties of Holy Ana. With eight years already was the captain of the group.

After the death of Olano Pujana continued with his job of teaching. As Iztueta in his time, Jose Lorenzo created numerous groups of dance. During 70 long years he was dedicated to show the dances learned from Olano.

In 1927 after receiving the petition of the city Hall of Donostia – San Sebastian, Pujana moved to the capital. It is here where he takes the responsibility of the School of Dance of Donostia and Gipuzkoa. After 20 years as professor in Donostia he passed away in 1947. 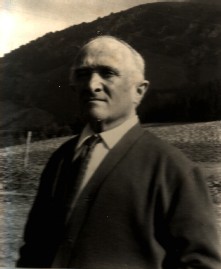 Founder of GOIZALDI Dantza Taldea. After the death of his father Jose Lorenzo Pujana in 1947, became the responsible for the School of Dance of Donostia – San Sebastian. One year after would found GOIZALDI. The same as its father, he was a exceptional dancer.

It is acquaintance its rectitud to the hour of teaching the dances. During the rehearsals he used to carrying a stick in its hands with which he gave his classes. In the performances of the group he was always placed over the stage, ready to rectify any failure that did the dancers.

Because of the 25 anniversary of the group, GOIZALDI dedicated him a deserved homage. Thanks to him the tradition that began with Iztueta has its continuation in GOIZALDI. In 1985, when it counted on 80 years passed away. The seed sown by him follows strongly rooted in GOIZALDI.